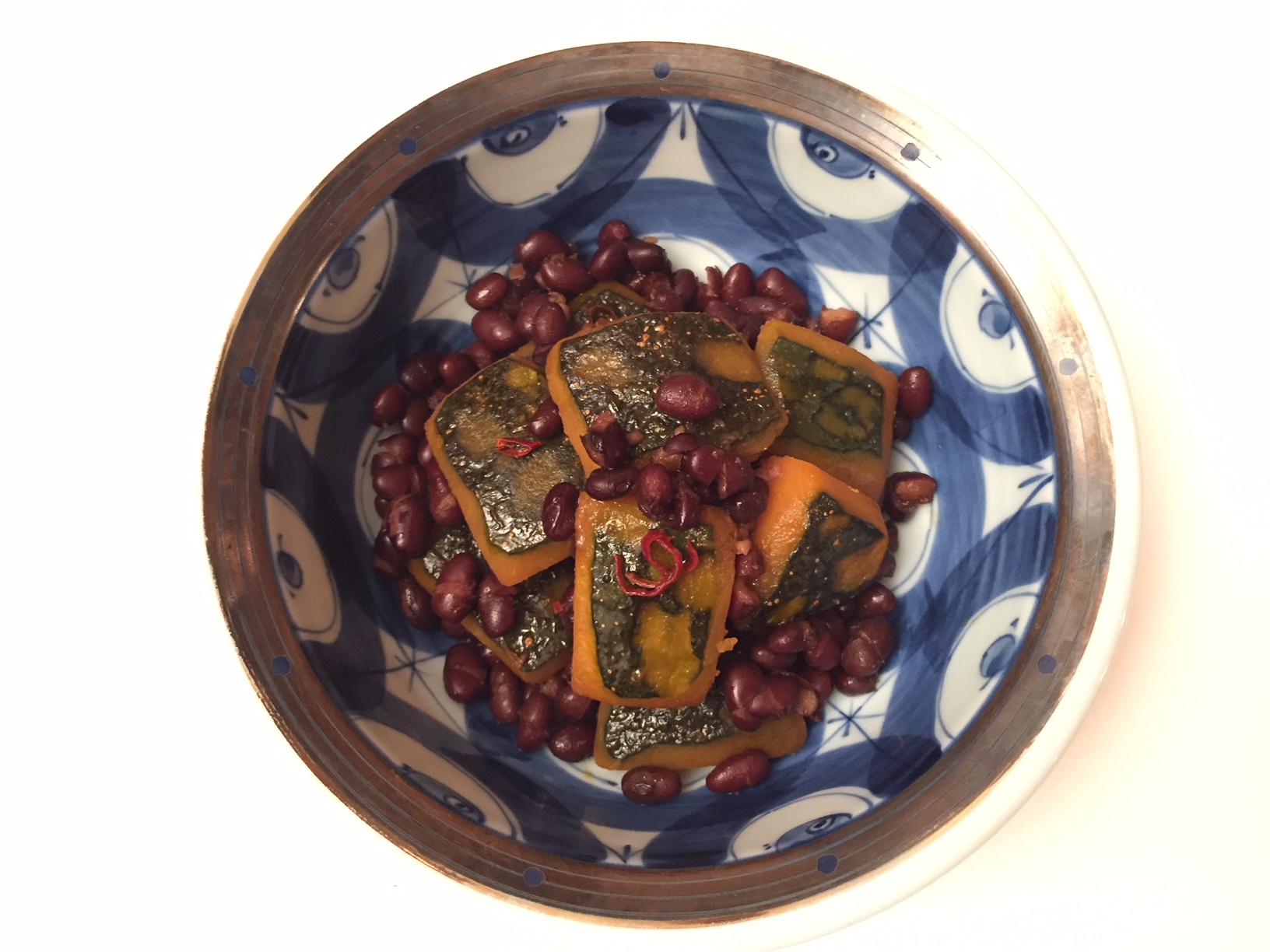 Did you enjoy carving a large pumpkin for your Halloween party? Now it is time to venture into cooking it, but not the same orange decorative pumpkin. I recommend you select the smaller, pumpkin-shaped, green kabocha squash.

Kabocha squash sounds to many ears that it originated in Japan. ‘Kabocha’, is now a genuine  Japanese word. But kabocha came to Japan from South America by way of the Portuguese who transported it to Japan. How it was named might have come from a language misunderstanding between the Japanese and the Portuguese.  It seems that the Portuguese who brought the kabocha to Japan brought it by way of Kampuchea, present-day Cambodia, during the sixteenth century.

It is said that when the Japanese asked what this vegetable was, the Portuguese misunderstood, thinking the Japanese were asking, “Where is the vegetable from?” They replied “Kampuchea”, which to the Japanese sounded like ‘kabo-cha’ – or so the story goes.

Kabocha is harvested from the middle of summer in the autumn and when they are stored properly they will last until the end of the year. There is a reason why we should cook and eat more kabocha from this time through winter. Kabocha offers important nutrients that other winter vegetables lack. Kabocha is rich in carotene and vitamins E and C. Good amounts of potassium, calcium, magnesium, vitamin B1 and B2 are also present.

There is an old traditional Japanese saying; “Eat Kabocha on Toji, the winter solstice (this year it is December 22nd). This prevents you from catching a cold during the cold winter time.” Well, I can tell you that this magic does not seem to work all the time, but it is worth a try.

On my next blog I will show you how to enjoy kabocha. You are going to cook it!