0 ItemsCheckout
Categories
Pages
Home » Hiroko's Blog » WHY MISO IS MADE ONLY WITH SOYBEANS? AND HOW CAN I MAKE MY OWN MISO? »

WHY MISO IS MADE ONLY WITH SOYBEANS? AND HOW CAN I MAKE MY OWN MISO? 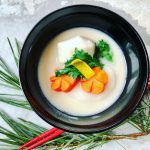 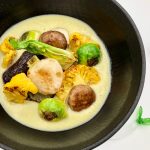 Hi this is Hiroko Shimbo.  Among many questions asked to us at the Miso Webinar I recently participated with Robert, Kristen and Kyle for The Fermentation Association; this one caught my attention. “Why miso is produced only from soybeans many times  with a few other grains added, but until very recently never using other beans?”

In order to answer this question, let me take you to the very early days of Japan.  Preliminary forms of both miso and shoyu (soy sauce) called jiang were developed in China back about 1,000 BC.  Jiang are the fermented and/or salt cured condiments made from various ingredients, including vegetables, legumes, seafood and meat.  Varieties of jiang were introduced to the Imperial Court of Japan in Kyoto, and grain-based jiang, which became shoyu and miso, was adopted as a condiment by the Imperial Court.  This reflects the introduction of Buddhism to Japan and the order prohibiting meat-eating issued by Emperor Tenmu in 675 AD.

A primitive form of miso, called Misho was soon developed as a Japanese-developed “take” on jiang.  In the book of Yoryo Ritsuryo, Codes of the Political System, compiled in 718 AD it is mentioned that the Imperial Court government created a culinary department responsible for securing ingredients and preparing meals for the Imperial Court. Within that organization there was a position for the person who oversees the production of Misho at the Imperial Court.  The listed ingredients used to make Misho are found in this same old book. They are soybeans, salt, sake, koji, glutinous rice and wheat.  The description of the production process itself is not, however, contained in the book.

Misho, which is made from soybeans, was an ideal source of protein for people whose diet was limited to vegetables with the supplement of seafood caught along the coast. In Japan soybeans have been called ‘field meat’ because of the large amount of high-quality protein and other important nutrients it contains. Somehow this became known to ancient people who had no modern knowledge of nutrition.

Misho was developed into the closest form of present-day miso by around 13th century.  It is said that it was enjoyed as a snack over a cup of sake but was not used in the preparation of miso soup.  During the 15th and 16th centuries, the era of Japan’s Civil War miso became an important military ration because it provided quality protein and other nutrients to the fighting soldiers.  Thus, feudal lords in each region across the country began making their own local miso.  Among them the Sendai miso made in Miyagi Prefecture which I introduced you at the Webinar, became the most sought-after miso by other feudal lords.  The reason being that Sendai miso did not spoil quickly.

From these historical facts, now we know why miso is made from soybeans and why there is so much regional variation among miso.  Today our diet has become very rich in protein and miso is no longer needed as an important dietary source of good, high-quality, digestible proteins. Thus, without the nutritional need for soybeans as a source of protein, we can now enjoy miso made from other varieties of beans.

On March 26, 2021 (12:00PM PST/ 3PM EST) I will teach “Home-made Sweet White Miso”.  After taking this class, in your own kitchen with readily available materials you can easily make your own delicious and real home-made miso. As always, when you make something yourself with simple ingredients, you know what is in it and how it is made.  The result is delicious, nutritious, free from chemical additives and factory processing.  In addition to our miso is alive!  You will also learn much more about this wonderful food — it’s not just for miso soup anymore!

Please join me on March 26,2021 and learn more about this wonderful food products.  Visit my Website and sign up for my Zoom class at:        https://hirokoskitchen.com/classes-and-culinary-tours/

I will see you there!

I will be posting some answers to other questions we received at the Miso Webinar.  So, check my Website for these posts sometime later. You will also find ideas for using miso and information on a variety of Japanese dish ideas at my Instagram: Japanesecuisineauthority. Have a look, get some miso, cook and enjoy the results. Also, you can find many delicious recipes in Hiroko’s American Kitchen. https://hirokoskitchen.com/shop/hirokos-american-kitchen/

Finally, join me this November to Kyushu Island of Japan. https://hirokoskitchen.com/kyushu-premium/

This is one of a life time experience in Japan who loves Japanese culture, food, food production, nature, art, history and people.  Please take a look at whole tour information here.  Please sign up early before all places are taken.  I am taking only 9 enthusiastic travelers on this exclusive, fun and memorable tour! 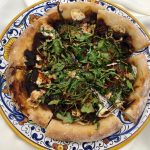 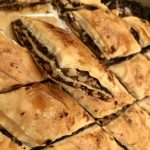 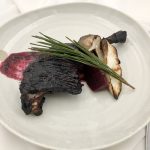